skip to main | skip to sidebar

The truth is, that however infrequent it may be, I think I need a place to write. A place where I can write my thoughts, in my style.

So here I am again. One year and a bit on from the last time.

Those in the know will know that life has changed somewhat in the last year for the Writes household. For one, I no longer foster children. Instead I am back on my old path of seeking my fortune. (Well, just enough to pay off the "still vast" mortgage will do.) Now the thing is, Dick Whittington left Gloucester to seek his fortune in London. We on the other hand left London to seek ours in Gloucestershire. I make an observation only.

Hubby is now working in Hampshire on a daily basis, and makes occasional appearances at the homestead, ED  is in Birmingham doing a postgrad, ESOS is at University in Cardiff and Sensible has left school, is working hard and not often in. This means that our once overfull household (at the peak it was up to thirteen, albeit for a few weeks, and twelve, for over a year) has become considerably quieter. I'd like to say "quiet and serene", but frankly that would simply not be true. There is no-one in the Sally Writes family who is remotely serene. When the world was created, anyone in our own personal gene line missed out on the bit of personality that said "calm", "serene" and "quiet".

Other things have changed too. My brother Barrie has just become a best selling author, as of today. Well, OK. Slight exaggeration. He has written a book through and it is to be published next summer. I've added it to my favourite books list on my profile. Just in case he becomes REALLY famous, I can genuinely say "I read it first." It's very good by the way. It's called a "A Higher Authority", a spy story. Look out for it next summer...

One thing that never changes though is Sally's dealings with customer service centres.

Our current grouse is with an energy supplier. For the sake of their ever respected need for anonymity, let's say they are called "Empower". They have currently, in the last month only, spuriously found an extra £1200, just the £1200, which they have added to our gas bill for no known reason. And now they are sending out seriously stroppy letters, calling us and have even graced us with an agent visit. They nobly have charged us £10.50 for each phone call that we have made to try to rectify the matter, and another £23.50 for the agent visit, who visited, after they billed for him.

I patiently spent an hour on the phone on Saturday, trying to explain that our bill was not as big as they said it was, and that we were paying monthly and were not in arrears. Unfortunately at every turn, the "computer said no" no matter how much I tried to explain that they have made a mistake.

After forty five minutes the conversation was not it seems going anywhere.

"The thing is Miss Writes" said the girl on the other end, "you are £2066 in arrears. So are you going to make that payment today?"

I thought of correcting her view of my marital status, but then decided against that idea. I think that the call centre scripts must only have the words "Miss" and "Mr" written down. Someone really needs to add the word "Mrs" for when it is appropriate.

"Actually, I did introduce myself at the beginning of the call Miss Writes. It's Stacey."

"Well Stacey, unfortunately, we don't have that sort of money spare in our bank account and our usage from June to the end of October for gas and electricity is only £900, so I really think you have made  a mistake."

"That was summer usage. And besides, you have arrears on the account, and you signed an agreement to say that you would never be more than a certain number of months in arrears.

"But we weren't aware that there were any serious outstanding arrears. A month ago we owed £900 and we paid you £500. In a few days you will receive another £500. We have a standing order of £500 a month set up, which is more than out monthly usage for gas and electricity over the year. We have used £400 of gas and electricity since the start of October. This means that we are paying more than we use on a monthly basis. How can the bill be over £2000? It just doesn't make sense."

"Well Miss Writes, if you refuse to make a payment I have to advise you that we have the right to enter your property and install a pre payment meter. And we can cut off your supply."

At this point I saw red, used a very rude word and suggested that we ended the conversation and that I wrote a letter instead.

That night, hubby and I got out all the bills (having carefully saved the PDF files to the computer, just in case they decide to change the bills after our date of writing), scrutinised every detail carefully, and deduced that they have indeed added £1200 to our bill for no reason. It seems that the outstanding balance, minus what we have paid, plus our usage, comes to £1200 more that the total should read.

Needless to say it makes absolutely no sense.

We wrote a long email, detailing all items and payments, and explained in no uncertain terms, that we weren't over chuffed with the visits, the letters and the phone calls, that we didn't owe them £2000 and that we wanted the matter sorted out "forthwith."

On Monday morning the doorbell rang.

It was an agent from Empower.

Have you read my email? I asked.

"What email? He said.

I firmly, but patiently explained that we had written and that I wanted no further communication from them until they had read the letter properly and rectified the matter.

"You have overcharged us by £1200 I explained. We do not owe you the money that you seem to think we do. And what's more, if you continue to harass us in this manner I may be forced to take legal action."

It is now Wednesday. The silence from Empower is deafening.
Posted by sallywrites at 12:25 PM 8 comments:


It's been a long time since I wrote regularly, and from time to time I have promised, threatened even, to come back to live in Bloggerland.

So if it is that good, why on earth did I give it up?

There are many reasons. I discovered Facebook. I discovered the joy of watching TV on my laptop. I bought a laptop even. a reason usually for more blogging one would think, but not when suddenly one can see the many uses that a laptop can have, besides blogging. In particular I discovered the joys of watching "House". Hubby accused me of going to bed with Hugh Laurie every night, which in one sense I guess I did. Hugh didn't know anything about this of course. I was just one of his millions of fans worldwide who drooled over a guy playing a dysfunctional doctor, who for some bizarre reason managed to keep the masses hooked.

Most importantly though I started fostering children. And this my dear readers is the main reason why my blog has come to a bit of a standstill. Because it is a seriously sensitive subject and not one that you can openly share with the world.

And so, after spending the last four years of nearly but not quite writing, I have decided to write "The End" to Sally Writes. It is a sad moment to finally find the end to a piece of writing that has evolved over six years in total. But then, on the other hand, if this is a book, then all books must come to an end. And if you really love it, you can always start again at the very beginning.

It is a booksworth in total and so,

And thank you, all of you, for being my lovely loyal readers. 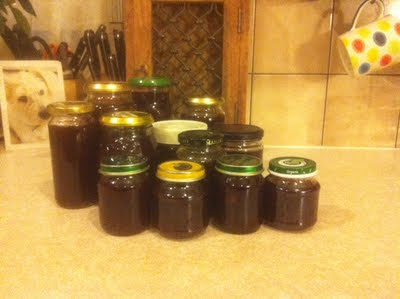 Posted by sallywrites at 11:24 PM No comments:

Dear Chris
Firstly: Happy Birthday for Friday!
Secondly, I wondered if we could start a (slightly tongue in cheek) campaign across the nation please?
The thing is this:
In no other Country do they get the names of meals confused.
In Germany for instance, lunch is Mittagessen, evening meal Abendessen. France, lunch is Dejeuner, Evening meal, Diner. etc.....
But in England we have great confusion.
Surely luncheon or lunch has always been known the meal that comes in the middle of the day? This means that the evening meal must be dinner. Supper is something before bed, a light snack and tea is an afternoon meal, eaten around 4 p.m. with sandwiches cakes and scones etc?
But no!
We are so complicated as a nation...
Instead we call lunch dinner, dinner tea, supper at some time during the evening. We do call dinner dinner, that is "dinner in the evening" if you are going out to dinner or having a dinner party. Ladies who lunch don't do "ladies who dinner". If you go out for afternoon tea you would certainly be eating tea and scones. Not to be confused with the tea that people eat for their evening meal.
Of course if you are really in the know, there is High Tea too, which is probably what many would call tea, dinner, evening meal etc.
FOR GOODNESS SAKE!!!!
Can we please sort this out Chris? As a man who can talk to the nation I am asking if you would please talk some sense into the nation:
Lunch when it's light
Dinner when it's dark
Tea at teatime: 4 p.m.
Supper: Shortly before bed.
Thank you!
Sally Lomax
Posted by sallywrites at 11:32 AM 5 comments:

Sally also can be found at... 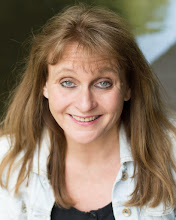 Sally is one of the many Best Insignificant Blog Winners!!